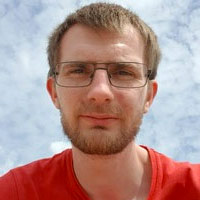 Making sense of the total money in the world can be a minefield of different factors and figures. The world economy is incredibly complex and wealth and assets are measured in several different ways.

Here, we've broken the world's wealth down into several different economic categories like Money Supply, Real Estate, or Gold. Each helps to build a more complete picture of the total wealth and market value of global assets.

Money Supply is a measurement in macroeconomics that calculates the total amount of accessible and available money in a single economy. Typically, when Money Supply is higher, interest rates are lower.

Different countries measure their Money Supply differently, depending on their currency. Usually, there are three main types of Money Supply:

When it comes to Money Supply, the M1 category is also known as “narrow money”. This encompasses all the money across the globe that is considered to be easily accessible. This is generally made up of banknotes, checks, and coins.

Only 7% of this amount is actually physical, which includes all of the physical cash in the world. The vast majority of accessible money is non-physical and is usually held electronically.

The M2 Money Supply or “broad money” is a combination of the world's M1 Money Supply plus the money held in checking accounts, market accounts, and savings accounts as well as timed deposits.

The latest figure for the global M2 Money Supply is $96 trillion.

M3 Money Supply is an even broader supply of money, typically consisting of all the M2 Money Supply sources plus larger and longer-term deposits. The US Federal Reserve and Central Bank stopped tracking America's M3 money supply in 2006.

The global M3 Money Supply is not a commonly used figure, so estimates are difficult.

Across the world, money can also be tied up in both private and commercial property. If you own a house, you have some money invested in property. People who own lots of properties, whether residential or commercial, generate income through rent and other methods.

All of the real estate across the globe is collectively worth over $280 trillion.

The vast majority of the world's real estate is residential. This encompasses housing, apartment blocks, and other places where people live. Currently, residential real estate accounts for nearly 80% of all real estate on Earth.

The most recent figure for residential real estate puts its value at $220 trillion.

Commercial real estate covers any properties which are used by businesses and companies. These properties include shops, warehouses, and offices. Nearly 12% of all real estate in the world is commercial.

The latest estimate for the global value of commercial real estate is $33 trillion.

The most recent figure for the global value of agricultural real estate is $27 trillion.

The global value of all stock markets equates to around $89 trillion.

The United States Stock Market is mainly made up of the two largest stock exchanges in the world; the New York Stock Exchange, which is worth $28 trillion, and the Nasdaq Stock Market accounting for $13 trillion.

Together, these stock markets produce a total current value of over $40 trillion.

The European stock market is spread across several countries such as the UK, France, and Germany. Each has its own stock exchanges as well as a couple of European ones.

The London Stock Exchange and the FTSE 100 are worth a combined $5 trillion. The Euronext 100 is worth $3.85 trillion and is a combination of stock markets from a few European countries. France's CAC 40 is worth $2.1 trillion.

The total current value of the European stock market is over $15.85 trillion.

While the US and Europe account for much of the global stock market, other countries also have a presence. Four of the top ten stock exchanges in the world are based in Asia. These exchanges, which include the Japan Exchange Group and Shanghai Stock Exchange, have a combined value of $18.3 trillion.

The two remaining stock exchanges in the worlds top ten are the Saudi Stock Exchange and the Canada-based TMX Group. These exchanges are worth $2.15 trillion and $1.97 trillion respectively.

Excluding American and European stock markets, the rest of the world's stock exchanges have a combined worth of approximately $41 trillion.

With such a complex world financial system consisting of multiple different countries, debt is a huge issue for the global economy. The estimated total global debt is over $250 trillion.

This mammoth amount is over 320% of the world's total GDP. Put simply, the world will never get out of debt. But how is this debt distributed through various sectors?

Household debt makes up just under a quarter of total global debt. This is the kind of debt that most of us deal with day-to-day. Household debt can include credit cards, loans, mortgages, and tuition fees.

Debt is also accumulated by world governments, accounting for approximately 27.5% of world debt. Nations build up debt when governments need to spend more than they receive in tax revenue in order to keep a country functioning.

Governments often attempt to reduce their debt through the sale of government bonds. Private companies and funds purchase these bonds to ease pressure on the government. It is usually investment or pension funds that buy bonds because they are relatively safe investments to make and produce a decent return thanks to the bond's interest rate.

The current global figure for government debt is approximately $70 trillion.

These corporations try to manage their debts through the sale of corporate bonds. These bonds are sold to investors, which generates capital for the company whilst the investor takes advantage of interest payment on the bonds.

When these bonds reach maturity, the company agrees to pay back the investment. If the company is unable to do so, its assets can be seized.

The corporate financial sector has its own methods of debt financing, such as selling loans and bonds and relying on the interest that gets paid back. These companies, particularly investment companies, also buy the debt of other sectors to make money from the interest.

The current figure for financial institution debt is around $47.5 trillion.

Balance sheets are a method used by world governments to keep a track of assets and wealth that they own as well as the debts that they owe. This gives a clear picture of a nation's overall financial position.

The United States calculates its balance sheet through the Federal Reserve, which is America's central bank.

In 2021, the Federal Government's balance sheet totals $7 trillion, mainly as a result of the Covid-19 pandemic.

The balance sheet for the European Union is generated by the European Central Bank. This organization represents the EU's member countries as they are all joined by a single currency, the Euro.

The latest figure for the EU's balance sheet is €7 million, which equates to $8.2 million.

Organizations such as the IMF often do in-depth calculations to determine the financial status of almost 40 countries using balance sheets.

The IMF's latest estimate calculates the net worth of 38 countries surveyed to be $10 trillion.

Gold has always fascinated humans, and a large portion of the world's wealth is tied up in some form of gold. This can take the form of investments, jewelry, as well as emergency gold reserves.

The world's total stock of gold is worth approximately $11 trillion, depending on its current value.

Gold can be a prudent investment for many people, as it holds its liquidity (ease of turning into cash) well and doesn't come with the risk associated with other forms of investment. Around 30% of the world's gold is used for investment.

The current value of gold investment is approximately $3.3 trillion.

Jewelry is the most common method of procuring gold, accounting for nearly 50% of all the gold in the world. This can take the form of family heirlooms or private collections.

Below-ground reserves represent the amount of gold that has yet to be mined. The world's natural gold is a finite resource, and eventually it will all have been mined and turned into some form of financial worth.

Below-ground gold reserves are currently estimated to total around $2.5 billion.

While less valuable than gold, silver is still a significant financial resource for world markets. The current above-ground value of the world's silver reserves is approximately $44 billion, depending on the current value.

Cryptocurrency has surged onto the world financial scene in the past decade or so. Essentially, it consists of a digital form of currency that can be invested in or used to purchase things online. The total value of the world's cryptocurrency is approximately $245 billion.

Bitcoin was the first source of cryptocurrency to be released onto the market in 2009 and is still one of the most popular sources. Bitcoin makes up the lion's share of the world's cryptocurrency and is currently worth approximately $160 billion.

Alongside Bitcoin, there thousands of other types of cryptocurrency available. These include sources such as Ethereum, Tether, and Binance Coin. Collectively, these other cryptocurrencies are worth around $83 billion.

Derivatives are essentially a form of financial security used to protect against sudden market changes and other financial twists. A derivative consists of an agreement between two or more individuals or groups with a value that is worked out using an agreed underlying commodity.

These commodities are referred to as assets and can include bonds, currency, interest, resources, or stocks. Because derivatives aren't usually traded through official markets such as stock exchanges, it can be hard to quantify the exact amount of derivatives that exist globally.

Two measurements are used to track derivatives; gross market value and notional value. The latter is divided into two estimates; a low estimate and a high estimate.

Gross market value dictates the price of derivatives based on supply and demand, and the latest figure for global derivatives is approximately $15.5 trillion.

Notional value represents the theoretical total value of the assets used in a derivative agreement. Because this value could vary depending on exact prices at certain times, two notional values are usually estimated. These are a low-end estimate and a high-end estimate.